Pentucket Publishing has released my latest novel, Offside, in all electronic formats. The paper version will become available in early January. 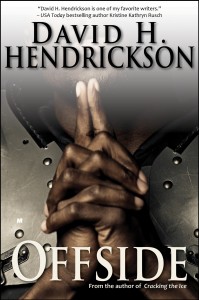 Officially, it’s a Young Adult title because its hero is a teenager and the content is age-appropriate for readers 13 and up. Offside will also span both the Young Adult Sports and Young Adult Historical categories. Even so, I expect that, as was the case with Cracking the Ice, most of its readers will be adults and they’ll love it. Offside is truly a story for all ages.

Those who like football (and fans of the 1967 Boston Red Sox) will find extra things to appreciate, as will those who remain fascinated by the sixties and all the conflicts that existed in that era. But I’ve also had first readers who aren’t sports fans (and a couple who aren’t American so they aren’t into the historical angle), and they still loved the story.

It’s all about the story.

Here’s the description along with the links:

“Rabbit” Labelle loves football, but the tiny, rural Maine town where he lives isn’t big enough to support a team. After his father moves the family to the big, bad city, Rabbit finally gets his chance to play the sport he loves the most, but he must also confront the dangers of “Lynn, Lynn, City of Sin.” Since it’s 1967 and cities are torn by racial turmoil, this includes his father’s greatest fear: “the Negroes.”

Rabbit, who’d been the most popular kid in Plainfield, Maine, struggles to make friends and wonders if he’ll even survive. Only football can save him.