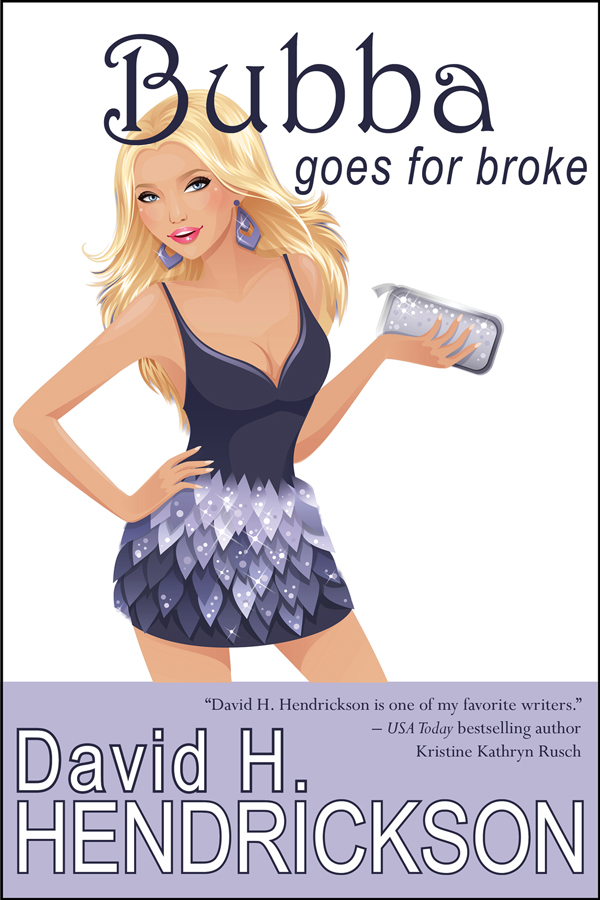 I'm really happy to be part of the new Femme Fatale bundle at StoryBundle, a terrific collection of ten outstanding crime novels that feature "a woman with both intelligence and sex appeal that uses these skills to manipulate poor helpless men into doing what she wants." Four novels for as little as five bucks, ten for fifteen, including some by really big names. (Ever hear of Lawrence Block?)

My contribution is Bubba Goes for Broke, a comedy and crime caper in which the world's dumbest crook falls for a boob-jobbed Hooters waitress named Tiffany. Bubba thinks he can con Tiffany, who he assumes is just a stereotypical dumb blonde, but boy is he mistaken! It's "head-slapping, outrageous humor," according to author Terry Hayman.

If you've been waiting to try Bubba, there's no better time. And even if you've already laughed your * off at his (and Tiffany's) antics, there are nine other outstanding titles and authors to try at a microscopic price.

Available for only 21 days at https://storybundle.com/thriller