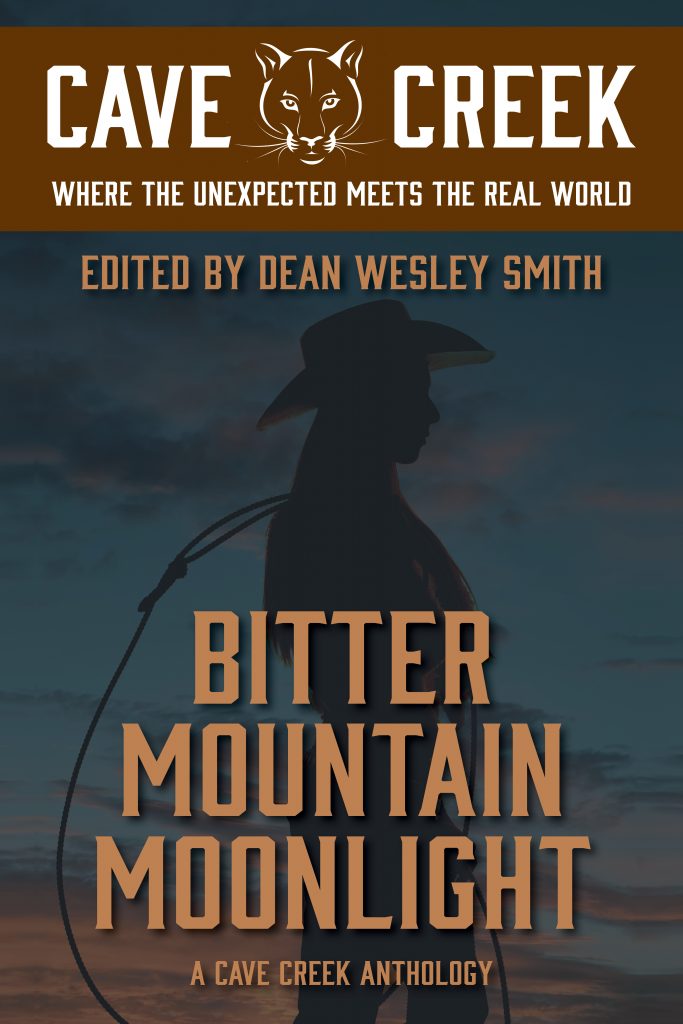 A mythical town nestled in a hidden canyon north of Las Vegas, Cave Creek attracts the strange, weird, and inexplicable.

Founded by a few settlers in the waning days of the 19th century, a gold rush in 1900 exploded Cave Creek into a boomtown with more than 8,000 residents.

But right from the beginning, strange events bedevil the residents. Unexplained things that often chase a resident down the valley to safer locations far, far away.

Finally, when the gold and silver play out, the weirdness continues.

The stories in Bitter Mountain Moonlight recount some of the strangest occurrences from the town’s past, and maybe even make you want to visit…

Includes:
“Threats and Kisses” by Deb Miller
“Stepping into the Light” by David H. Hendrickson
“The Room of Possibilities” by Robert J. McCarter
“Family Secrets” by R.W. Wallace
“Writing the Past” by Jason A. Adams
“With a Little Help” by Rebecca M. Senese
“Manna” by Edward J. Knight
“Rider Jones and the Portal” by Harvey Stanbrough
“Two Si’s for Sister Sally” by Jason A. Adams