New stories appearing the 24th of each month

On the 24th of every month, I’m releasing a new short story in all electronic formats. This actually began in April with the release of “The Beautiful People,” and continued in May (“One-Night Stands for Love and Glory”), and June (“Huram’s Temple”). Each short story only 99 cents! 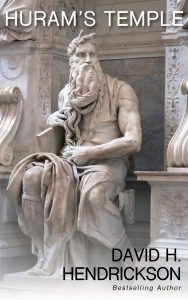 Huram, the Phoenician, crafts bronze masterpieces for King Solomon’s temple. When the two most highly prized pieces disappear, suspicion falls on the only three Israelites in the camp. With one of them missing and the king’s guards slain, the other two Israelites must learn the thief’s identity before the sword falls on them all.

First-rate stand-up comedians don’t waste their time far out on the galactic fringe. Enter Earl Weatherbee, who depends on his AI, “Artie,” to translate his culturally dependent jokes into what evokes hilarity among the local bumpkins.

When the rubes turn to throwing rotten tomatoes, Earl concludes that his longtime sidekick has gone bad. Even so, Earl refuses to abandon the AI with whom he has shared a career, his only true friend. Loyalty, it turns out, goes both ways. 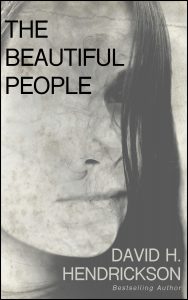 Everything comes easy for Lisey, one of the Beautiful People. Pearly-white teeth. Long, flowing blonde hair and blue eyes. Borderline anorexic and with all the brains and wit of a gob of spit. And filled with total disdain for the uglies.

Until trouble finds Lisey, and she needs help from the ugliest of the uglies.